Why Should I Join a Technical Mission to Japan - Lean Way Consulting:

History of the Lean System

To understand the Toyota Production System, first we need to understand its origins in manufacturing, the auto industry in particular.

The Toyoda family’s enthusiasm for the auto industry began early in the twentieth century, when founder Sakichi Toyoda first traveled to the U.S. in 1910. However, Toyota Motor Co. was the brainchild of Sakichi’s son, Kiichiro Toyoda, who in 1929 made a technical tour of Ford factories in the U.S. Due to his enthusiasm and his belief that cars would become the cornerstone of world manufacturing, Kiichiro Toyoda established an automotive department at Toyoda Automatic Loom Works, the textile machinery manufacturer owned by the family. In 1937, this would lead to the establishment of Toyota Motor Co.

Toyota entered the auto industry and specialized in military trucks, intent on moving on to mass production of cars and commercial trucks. However, Japan’s involvement in World War Two meant Toyota had to postpone its plans.

With the end of World War Two in 1945, Toyota once again focused on its plan of becoming a major car company. However, any realistic assessment showed the gap between it and its American competitors was simply immense. Back then, it was often said the American workers were ten times as productive as their Japanese counterparts. That saying lit a fire under the Japanese, who worked hard to catch up with American manufacturing. And eventually, they did.

The fact that Americans were so much more productive than the Japanese drew attention to a reasonable explanation: the productivity gap could only be explained by the existence of waste in the Japanese production system. This led to the development of a systematic process of locating and eliminating waste.

The success of the Ford mass production system inspired countless initiatives around the world.

Toyota Motor Co. tried for years to reproduce the organization and results achieved in Ford production lines, to no avail. In 1956, however, then Toyota chief engineer Taiichi Ohno realized, in his first visit to Ford factories, that mass production needed adjustments and improvements to be applied to a discrete market with variations in demand, like the Japanese market. Ohno noticed workers were underused, tasks were repetitive and added little value, work was strongly divided (design and execution), quality was neglected throughout the manufacturing process, and intermediate inventories abounded. 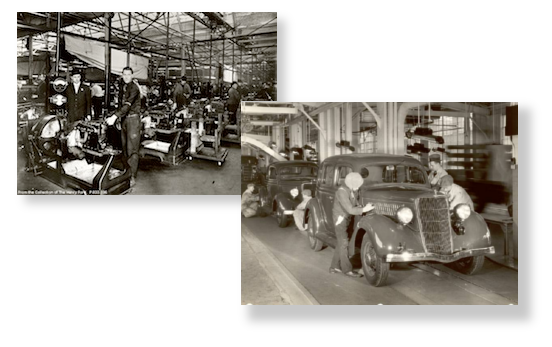 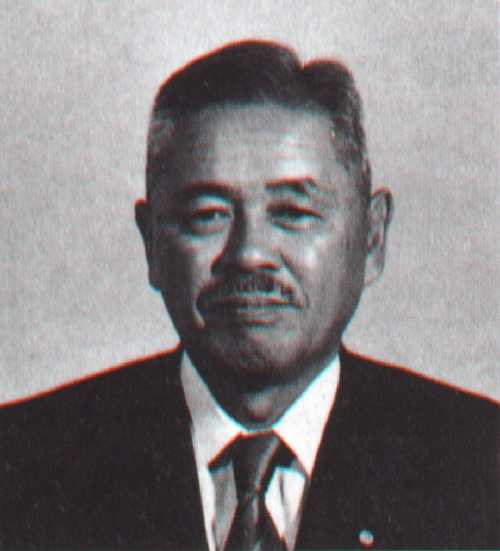 Toyota began to be recognized worldwide after the 1973 oil crisis, when a sudden spike in oil prices impacted the global economy. Among thousands of companies going broke or suffering heavy losses, Toyota Motor Co. emerged as one of the few to escape the crisis practically unharmed.

Origin of the Term Lean System

The term Lean System was born a few years later, in the late 80’s, with the establishment of IMVP (International Motor Vehicle Program), a research program connected to MIT (Massachusetts Institute of Technology), focused on forecasting the future of the global auto industry.

One of the first IMVP projects was an ambitious study of 90 automotive assembly plants in 14 countries, budgeted at five million dollars and spanning five years. The goal of the study was to map the best practices in the global automotive industry through interviews with employees, scholars, union leaders, and government officers.

In 1989, IMVP published an extensive, detailed report on the industry, stressing how the Japanese auto industry was clearly superior. Quite simply, the Japanese production system made cars with half as many man-hours, half as much factory space, and a third of the defects of other companies.

In comparison with traditional mass production, IMVP researchers said this more efficient, flexible, agile and innovative production system was “leaner.” According to IMVP, the system could better handle a market that was always changing.

The conclusions from the IMVP study were later published in the book “The Machine that Changed the World,” which helped spread the Lean System throughout the world. 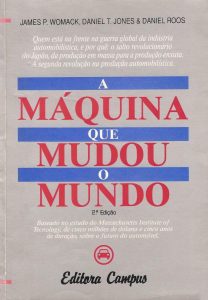